How Nanotechnology is Changing the World 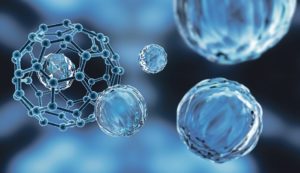 Picture this: you open the fridge reaching for the milk and notice that the carton has changed color: it was bright blue when you brought it home from the store but now it’s dark brown. That can only mean one thing: the milk is spoiled, and it’s not safe to drink. You don’t even try and taste it to be sure: you know that the color-coded indication of the freshness level is not a marketing gimmick, it’s based on real parameters like temperature, humidity and biological activity inside that particular carton. Find out how nanotechnology is changing the world.

The real-time monitoring is made possible by biodegradable nano sensors in the milk. These would be just one of the many ways nanobiotechnology could be applied to food in the near future.

But how is the food industry using nanomaterials now, and are they safe? In this article we’ll try and create some clarity.

The macro, the micro and the nano range

For starters: exactly how big (or small) are nanomaterials? Imagine three ranges.

The macro is the one we can see with our naked eye, and it’s measured in meters, centimeters and millimeters.

Next comes the micro: take a millimeter and split it in 1,000 parts and you will obtain a micrometer. At this scale we find bacteria, viruses and cells.

In the nanoscale, things are measured in nanometers, which is one thousandth of a micrometer, or a billionth of a meter. Perhaps, a hair is the closest we can get to imagine a nanometer without the use of a microscope: it’s about one tenth of millimeter wide, and it’s composed of 100,000 nanometers. At a nanoscale we can find cell membranes (10 nanometers) and sugar molecules (1 nm).

It’s not just size that changes

Nanoparticles are not just much smaller versions of microparticles. When reduced to a nanoscale, a given substance can change its behavior and properties too. One of these is the increase of the surface/volume ratio. More importantly however, there’s a change in biological activity.

How nanotechnology is changing the world? Nanoparticles can travel through cellular membranes and get to places they wouldn’t be able to if they belonged to the macro world. This is particularly important because the cellular structure of living organisms is in the micro-dimension, but the biological processes happen at a nanoscale.

The use of nanotechnology in the food industry

These properties can have great potential in many fields, and food is one of them. In fact, from the field to the kitchen, nanotechnology can be applied at any step of the food chain to:

While many nanotechnology applications are still in their infancy, some of them are already common practices. How nanotechnology is changing the world? Here are two examples of common use:

Increasing flow capabilities of dry powders. Dry powders are not always totally dry. In fact, they have the tendency to form lumps or “bridges” that interrupt the flow in food processing equipment or stick to the walls of silos where pressure is applied. A traditional solution is to hit the obstructed parts with a rubber hammer. Large cisterns can even have a system of hammers to make clumps of powder come off the walls. For a long time however, the food industry has used nanoparticles of silicon or titanium dioxide, which prevent powder from sticking together and eliminate obstructions. It’s like mixing large pebbles with smaller ones, so the latter can act like a sort of dry lubricant. 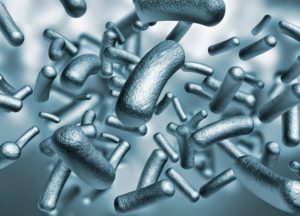 Antibacterial function. Because nanoparticles penetrate cell membranes, they can have antibacterial properties. One example is nano silver, which kills bacteria thanks to its piercing needle-like structure. Nano silver has been used for several years now in the food industry, especially in food contact surfaces.

Are nanomaterials safe to use?

It depends. The scientific agreement is that nanomaterials are not inherently good or bad, so each one must be assessed separately. Although there is no proven toxicity for those currently used as food ingredients or in food contact surfaces, there is still not enough research available on their long-term effects. We don’t know yet how nanotechnology is changing the world.

The concern of regulatory bodies and consumer associations is that the same properties that make them so useful (like their ability to penetrate cell membranes), could also be harmful for consumers and industry workers.

Because of their smaller scale, the properties and behavior of nanomaterials can be different from their macro-versions. Sometimes these changes are entirely predictable (for example, the increase of the surface/mass/volume ratio can be calculated in advance). Some changes however, are unpredictable (a chemically inert material like gold for example, becomes catalytic when it’s reduce to nanoscale) and that could possibly lead to unforeseen consequences. 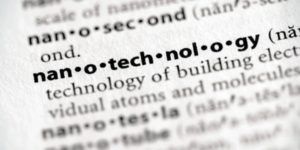 Any risk assessment is first of all a problem of definitions. As this 2015 comparative study shows (table 2), these are not consistent across different legislations. What they all have in common is size: a nanomaterial is commonly defined as being within the 1nm – 100nm range.

However, as we can see in the definition of nanomaterials adopted by the EU, other factors are included, such as origin (natural, incidental or manufactured), state (unbound, aggregate or agglomerate), concentration (number size distribution):

A natural, incidental or manufactured material containing particles, in an unbound state or as an aggregate or as an agglomerate and where, for 50 % or more of the particles in the number size distribution, one or more external dimensions is in the size range 1 nm – 100 nm.

Other attributes like solubility and novel properties are not part of the official definition, although they may be included by other countries.

Also, it is generally recognized that materials may exhibit nano properties even when they fall outside of the official thresholds and size ranges, so a case-by-case approach is often necessary.

How nanotechnology is regulated

Nanomaterials pose a problem to lawmakers: how do you regulate something when scientific research hasn’t fully determined when it’s toxic and when it’s not? And how do you strike a balance between protecting people’s health without stifling innovation?

As we said earlier, nanomaterials are not considered good or bad a priori. However, the example of asbestos is still very recent: it was widely used for decades until its toxicity was fully discovered. The general attitude is therefore to err on the side of caution. How nanotechnology is changing the world, we will find out in the future…

At the moment, no country has adopted specific regulations for nanomaterials. Depending on their purpose and function, they fall under the existing law frameworks, but in general a pre-market safety assessment is necessary.

Having said that, the EU and Switzerland are currently the only world regions with specific provisions for nanomaterials. Some EU countries also decided to take it a step further. In 2013, France introduced a mandatory reporting system for nanomaterials. It was then followed by Belgium and Denmark. At the moment, there’s no plan to adopt an EU-wide register.

Labelling seems to be a particularly vulnerable point. In the EU (as well as in other countries), it’s mandatory to specify the presence of nanomaterials in the ingredients list. This rule however, is not always followed as this recent case in France shows.

Conclusion how nanotechnology is changing the world

The current focus on nanomaterials is well warranted, considering the great potential they’re showing. At the same time however, we believe their use in the food industry should be kept at a minimum and avoided whenever possible.

While nanomaterials are an effective solution for many processing issues, they’re not always the only solutions. Let’s take their ability to increase flow in powders for example. By working on improving their mixes, food producers could achieve the same results without using nano ingredients.

On the other hand, that may require a good amount of experimenting and trial and error. Food companies would really have to dig deeper into different aspects of their mixes, like new equipment designs, mixing time and the ratio of larger particles vs smaller particles, just to name a few.

In the long run however, this approach may prove winning. The “clean label” trend has now become an industry standard, and brands are changing formulations to make their food as natural and minimally processed as possible. Getting rid of nano ingredients may therefore become the norm, even when they’re actually permitted.

Nestlé is one of the global food manufacturers taking a firm stance on the use of nano materials: “We do not use nanotechnology or nanomaterials in our foods and beverages portfolio, but continue to closely monitor developments in this area”. We strongly suggest other companies and food safety authorities take a closer look at nano materials and reach a common understanding soon.