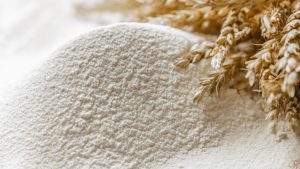 In 2016 E. coli outbreaks were one of the major issues globally leading to product recalls in the food industry. Especially the wheat industry has been hit hard: General Mills had a huge recall in 2016, the issue resulted in 111 people becoming ill, 17 people being hospitalized, including one person who developed Haemolytic Uremic Syndrome (HUS). In 2016 another outbreak of E. coli O157 sickened at least 13 people in nine states in the USA due to dough mix. Among these patients eight were hospitalized, including two who developed HUS.

The issue with General Mills found its start in December 2015, when many people became ill due to consuming raw dough. The flour tuned out the be contaminated with E. coli O121 and E. coli O26. The investigation ended on September 5, 2016 and had resulted in a nationwide recall in the USA, including Canada, Mexico and the UK. General Mills had to closed down two sites as a result of the issue.

The example of General Mills does not stand alone – flour is not a sterile product; it’s a raw agricultural product and does not always undergo the proper processing steps to kill bacteria. According to the CDC flour and flour-based mixes have been suspected or implicated as the source of other foodborne Salmonella and E. coli O157 outbreaks.

In many food safety risk analysis flour is not thought to be a food safety risk, but flour-based mixes are often used in restaurants for dusting of surfaces for transfer of pizza’s, bread, etc.  In many countries people eat raw or undercooked dough. But the problem is not related to eating raw or undercooked dough alone. Undercooked products produced with contaminated wheat flour are also a substantial risk to human health.

In recent years a lot of progress has been made in the effective detection of E. coli using PCR methods. The seven major Shiga toxin producing E. coli strains can effectively be detected when the right PCR method is being used. However, checking finished products this way for final product release remains a dangerous route to pursue as will be detailed in the next sections. 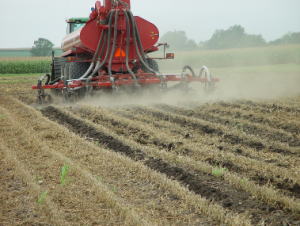 The main root cause of E. coli ending up in food products are the raw materials. E. coli is widely present in manure of almost every farm animal. As manure is used as a fertilizer for crops this is the main route through which E. coli ends up in the food chain when it comes to wheat flour. Of course other animal derived products (like milk and meat) are equally known for presence of E. coli, but this is not the topic of this article.

As E. coli easily ends up in wheat during the growing of the crop it might still be present during the harvest of the crop and through this route enter the food production chain. Hence it is important to really understand the source of wheat flour when purchased. Some suppliers apply a heat treatment to the wheat flour to kill of E. coli. Usually this gives smaller granules of wheat flour as a result, which might not be what you are looking for. At the same time you really want to look into the details of the validation of the heat treatment process and the HACCP related controls to ensure your supplier has a robust process to kill off and E. coli present in the raw material.

It might well be that your own process has a heating step which is fully capable of killing off E. coli. In this case you might be inclined not focus as much on E. coli prevention in the raw material. However, this might bite you in the end… 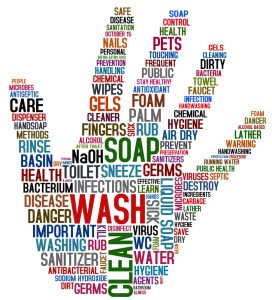 The second largest root cause of E. coli  in the food chain is bad hand hygiene. The human faeces  does contain E. coli as well, hence the toilet – hand – food route must be prevented. The only true way to prevent E. coli proliferation via this route is to induce a strong hand hygiene regime in your factory.

This of course includes the following:

Even consider washing and disinfecting your hands after leaving the production line. The reason for this is that the production line itself might be harbouring E. coli (see next paragraph) and not washing and disinfecting hands when exiting the plant might give rise to proliferation of E. coli to other (unexpected) areas.  Next to this it is also a personal risk to the employee and even his family.

Once the product stream has been contaminated with E. coli either through raw materials or the human route (hands) it is of utmost importance that the entire production line is of proper hygienic design and that the cleaning and disinfection are working correctly. It might well be that bacteria find places to hide, because of ill design of the equipment (cracks and cervices) or not cleaning of certain parts (because it is simply forgotten or it is not felt to be  spot which needs cleaning – like air exhaust systems).

Every aspect of the process which comes into contact (even if it is only air contact) should be reviewed in terms of hygienic design. E. coli, like almost every other type of bacteria will find a way to survive if there is just the slightest chance of doing so. If there is a chance of product build-up, moisture accumulation or just small dirty spots, be aware these are the locations where E. coli might harbour and finally end up in your product stream.

For hygienic design have a look at the EHEDG guidelines as these are a good starting point. Next to this cleaning validation is of utmost importance as well, but it must be preceded by hygienic design to be effective.

If your production process has a kill step to eradicate E. coli this is good. However it cannot be a justification for not paying attention at all. You still will have a part of the process after your kill step – here you want to have all the precautions in place which were mentioned in the previous paragraphs.

Also, you want to be really sure your kill step is always doing what it was designed to do. For sure your kill step will be a CCP as part of your HACCP approach. Hence you must have good monitoring of the critical process parameters. But did you really perform a good validation of the kill step? Do you know it really kills E. coli which might be present in your incoming product stream?

Too often producers stick to a paper based validation on temperature profiles only, in combination with some measurements in the finished product. You really should validate you kill step e.g. by using a harmless E. coli strain to spike the product stream before the kill step and perform a Maximum Probable Number (MPN) determination before and after the kill step to see if at least 6 log reduction has been achieved (preferably even more). This way you can be sure your kill step is properly validated.

Root cause #5: ignorance of the (final) food application 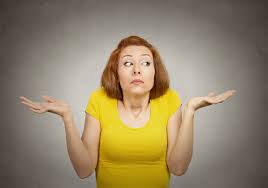 As stated in the previous paragraph you must take all the factors into consideration at all times. The classical mistake to be made is ignorance. Next to overvaluing the kill step another often made mistake is only looking at the finished product. The archetypal example for this is a case of Nestlé who produced cookie dough for making cookies. The company had ignored the fact that most children eat unheated cookie dough by licking the last remains out of the bowl before baking. A low level of E. coli present in the product made several children ill. So taking into account the final application (even down to the consumer level) is important to establish and effective prevention of E. coli in the food chain.

Sometimes you will really need to think out of the box, especially if your product is at the beginning of the food chain and several other manufacturing steps still take place before the product ends up with the consumer. Each producer in the food chain has a responsibility to ensure food safety, it is already engrained in the HACCP approach where the application of the product has to be taken into consideration.

Do you want to have more useful and easy to implement tools and knowledge?

Do you want to stop searching the internet for hours in order to find only half-useful information?

You don’t want to participate in course that take a lot of your time (and money) and only give your academic information which is difficult to apply in real life?

YES? Then this is your chance!!

We have a special offer for you:

Show me the Special Offer